History: More than 130 years of caring for seniors

Forest Hills of DC first opened its doors in April 1889 as The Methodist Home, with the mission to “provide for the aged members of the Methodist Episcopal Church of the Baltimore Conference in the District of Columbia a comfortable residence with board, clothing, employment, skillful medical and other necessary attendance and the accustomed means of grace.”

The original facility, then located on 12th and N Streets, NE, consisted of four lots and an 18-room house with seven residents. Increasing numbers of residents required two moves to larger accommodations, once in 1901, and then again in 1926, to our present location on Connecticut Avenue. In 1961, a new wing was built to accommodate additional residents. As the Methodist Home expanded into the community, strong ties were established to neighboring religious, civic and service organizations such as Sibley Hospital whose founder, William J. Sibley, was a Methodist Home resident.

Over the years, our services have evolved to keep pace with the changing needs of senior residents. In 2001, we added assisted living suites (bringing the total to 64), a new healthcare center (with 50 private and semi-private rooms), and a fully-equipped physical therapy gym.

In 2011, we completed the nearby Forest Side Memory Care community, the first in the District of Columbia dedicated to persons living with dementia, including Alzheimer’s. Forest Side provides secure memory care in an intimate, homelike residence to seniors whose needs require support to maintain the quality of their lives.

In 2014, we celebrated our 125th year and officially changed our name from The Methodist Home of DC to Forest Hills of DC to better reflect the broad spectrum of residents and families we serve in the area of the city known as Forest Hills. We continue to provide the same excellent care and support that was the vision of our founders more than a century ago. 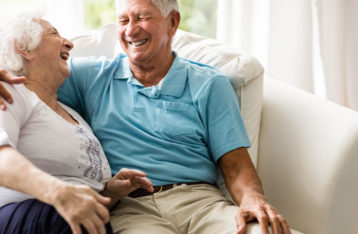 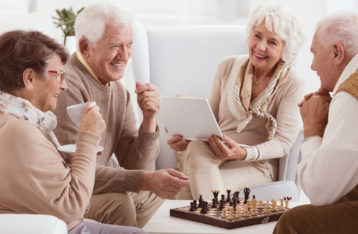